Valcour: The 1776 Campaign That Saved the Cause of Liberty

Join us on Zoom when Jack Kelly, author Valcour: The 1776 Campaign That Saved the Cause of Liberty, shares the wild and suspenseful story of one of the most crucial and least known campaigns of the Revolutionary War, when America’s scrappy navy took on the full might of Britain’s sea power. 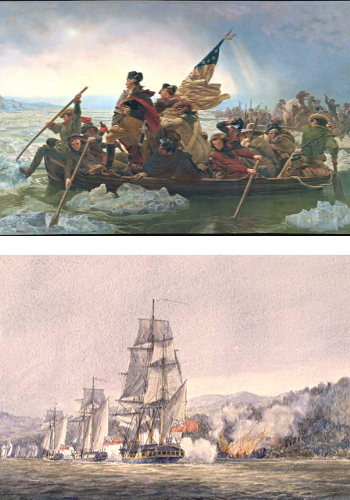 We’re all familiar with the story of how General George Washington crossed the Delaware and defeated Hessian mercenary troops in the pivotal Battle of Trenton on December 26, 1776…

But did you know that  Washington might never have been able to mount his attack without the actions of one Benedict Arnold in the largely forgotten Battle of Valcour Island on October 11, 1776?

During the summer of 1776, a British incursion from Canada loomed. In response, citizen soldiers of the newly independent nation mounted a heroic defense. Patriots constructed a small fleet of gunboats on Lake Champlain in northern New York and confronted the Royal Navy in a desperate three-day battle near Valcour Island. Their effort surprised the arrogant British and forced the enemy to call off their invasion.

The Valcour campaign is is a story of people:  the underrated general Philip Schuyler (Hamilton’s father-in-law), the ambitious former British officer Horatio Gates, and the notorious Benedict Arnold.  An experienced sea captain, Arnold devised a brilliant strategy that confounded his slow-witted opponents.

Please register for this Zoom event.  You’ll receive the Zoom link shortly, and we will send it again as a reminder before the program.

For more on this fascinating era of US history, don’t miss our November 4 program Following the Army: Soldiers and Civilians in the Revolutionary War.  Staff from the Museum of the American Revolution will present a virtual exploration of life on the home front and on campaign with the armies of the Revolutionary War. 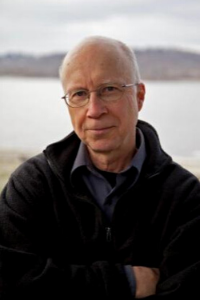 Jack Kelly is a public scholar, a historian and a novelist.  His previous books include The Edge of Anarchy and Heaven’s Ditch: Gold, God, and Murder on the Erie Canal.  A New York Foundation for the Arts fellow, Jack has appeared on NPR, PBS, and The History Channel. He has written for national publications including the Wall Street Journal and American Heritage. Born in Western New York,  Jack now lives and works in the Hudson Valley.

“An expert chronicle of an early Revolutionary War operation that deserves to be better known. A boon for fans of Revolutionary-era military history.” (Kirkus Reviews)

“Spotlights an overlooked campaign of the American Revolution. Readers will be intrigued by this evocative portrait of one of America’s greatest traitors at the height of his glory.” (Publisher’s Weekly)