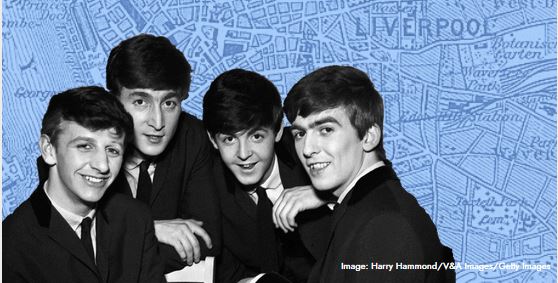 They rose from modest beginnings to become, in their own words “The Toppermost of the Poppermost” Today, music enthusiasts and historians have begun to look back to the era before they were the Fab Four and before their singles were automatic No. 1s to understand what contributed to their enduring success. Their fine singing, their harmonies, their development as recording artists, their self-deprecating humor, the production of ever more thoughtful and sophisticated songs, their initial ingenuity at the experience of being successful. All of these elements and others came together to place them in the affections of an, at first local, then regional, then national and finally international audience. This is the story of their rise from obscurity to the moment when they stood on the verge of International stardom including their changes in personnel, their first ventures into touring, their trips to Hamburg, Germany, the support or otherwise of their families, their failures and their successes.

Our presenter Paul Groom was born, and lived for the first seventeen years of his life in Liverpool, England. He went to the same High School as Paul and George; he went to the same Sunday school as John Lennon; he went to the youth club where John met Paul, he lived in the same village as George and John, and he (of course) is a Beatles fan. Paul and his family are now Scotch Plains residents.

Registration is recommended for this program.

The Library has many great books about all aspects of the Beatles’ lives and music!

For more on the early years check out Mark Lewisohn’s Tune In:

This is the lesser-known Beatles story—the pre-Fab years of Liverpool and Hamburg—and in many respects the most absorbing and incredible period of them all.