Major Taylor: The Fastest Bicycle Rider in the World 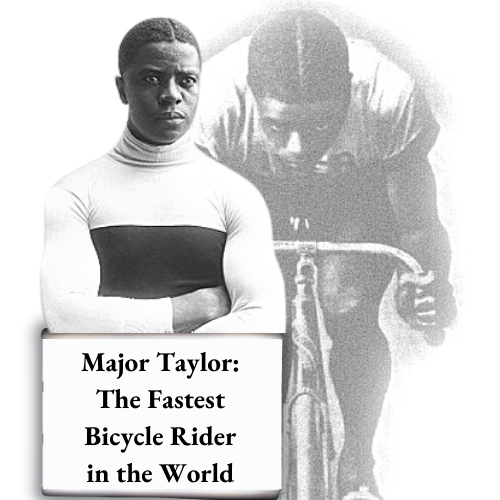 The first African American international sports superstar, Major Taylor broke racial barriers and became the fastest and most famous cyclist in the world–at the height of the Jim Crow era.

Learn the story of the 1899 world cycling champion’s remarkable life on and off the racetracks of the world at the turn of the 20th century, and how the legacy of this African American pioneer is shaping cycling and our cities today.

Lynne Tolman is president of the Major Taylor Association, which aims to create a living memorial to Taylor by conducting good works in his name and educating people about his life and legacy.

Gina Bullock is a board member of the Association, and a member of the Major Taylor Cycling Club of New Jersey, which promotes cycling for health, recreation, transportation and competition and shares the history of Major Taylor.