While’s there’s nothing quite like getting lost in a long, epic saga, you can’t deny the satisfaction of finishing an entire book in less than a week!  February is a short month – so why not pick up short book?  Give yourself a sense of accomplishment without committing to weeks in the company of the same book!

Here are a few books from our shelves that are short on pages but not merit: 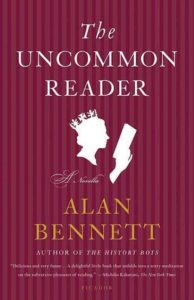 “When her corgis stray into a mobile library parked near
Buckingham Palace, the Queen feels duty-bound to borrow a book.
Discovering the joy of reading widely…she finds that her view of the world changes dramatically….the Queen comes to question the prescribed order of the world and loses patience with the routines of her role as monarch.”

Any common reader will enjoy a good laugh from British playwright Alan Bennett’s The Uncommon Reader, which can be consumed in a few spare hours.” –Bookmarks Magazine 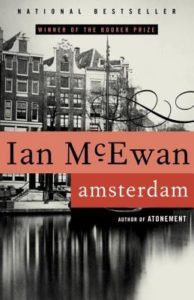 “On a chilly February day, two old friends meet in the throng outside a crematorium to pay their last respects to Molly Lane… In the days that follow Molly’s funeral, Clive and Vernon will make a pact with consequences neither has foreseen.  Each will make a disastrous moral decision, their friendship will be tested to its limit…”

In Amsterdam, a contemporary morality tale that is as profound as it is witty, we have Ian McEwan at his wisest and most wickedly disarming.” 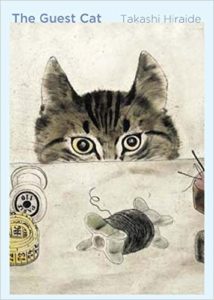 “A couple in their thirties live in a small rented cottage in a quiet part of Tokyo; they work at home, freelance copy-editing; they no longer have very much to say to one another. But one day a cat invites itself into their small kitchen. It leaves, but the next day comes again, and then again and again. Soon they are buying treats for the cat and enjoying talks about the animal and all its little ways…The novel brims with new small joys and many moments of staggering poetic beauty, but then something happens….”

A rare treasure, beautiful and profound; whether you’re a cat lover or not, don’t pass this one up. ultimately, it’s about what it means to love and to lose. Even dog lovers will relate.” (Juan Vidal – NPR)” 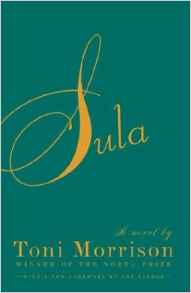 “In this brilliantly imagined novel, Toni Morrison tells the story of Nel Wright and Sula Peace, who meet as children in the small town of Medallion, Ohio. Their devotion is fierce enough to withstand bullies and the burden of a dreadful secret. It endures even after Nel has grown up to be a pillar of the black community and Sula has become a pariah. But their friendship ends in an unforgivable betrayal—or does it end? Terrifying, comic, ribald and tragic, Sula is a work that overflows with life.”

Today’s hits like The Girl on the Train’ can trace their lineage back to Maugham’s work:  “the very first recorded use of the term “psychological thriller” was in an admiring review of The Painted Veil in 1925.”

Set in England and Hong Kong in the 1920s, The Painted Veil is the story of the beautiful but love-starved Kitty Fane. When her husband discovers her adulterous affair, he forces her to accompany him to the heart of a cholera epidemic. Stripped of the British society of her youth and the small but effective society she fought so hard to attain in Hong Kong, she is compelled by her awakening conscience to reassess her life and learn how to love.” 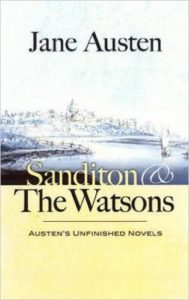 They’re unfinished…but they’re Jane Austen!  “The beloved author left behind two tantalizing unfinished novels: The Watsons, which revisits Austen’s customary milieu of courtship; and her last work, Sanditon, a venture into new territory, amid guests at a seaside resort. More than literary curiosities, these stories are worthy of reading for pleasure as well as for study.”

“World Fantasy Award winner VanderMeer turns in a dystopian story with literary overtones that’s winning comparison to works by Margaret Atwood. According to the first expedition to Area X, which has been cut off from civilization for decades, the land there is an unspoiled Eden. But subsequent expeditions have met with catastrophe, and members of the 12th expedition simply hope to stay alive while mapping the terrain.”

A gripping fantasy thriller, Annihilation is thoroughly suspenseful…VanderMeer weaves together an otherworldly tale of the supernatural and the half-human. Delightfully, this page-turner is the first in a trilogy. –Publishers Weekly

It’s short – but don’t expect an easy ride!  “The highly original satire about Oedipa Maas, a woman who finds herself enmeshed in a worldwide conspiracy, meets some extremely interesting characters, and attains a not inconsiderable amount of self knowledge.”

The work of a virtuoso with prose…akin to that of Joyce’s Ulysses.” Chicago Tribune

(Review text provided by publishers except where noted.) 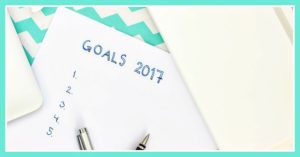 Did your New Year’s Resolutions involve a pledge to learn something new, improve your brain fitness, or save money?  Language learning with the Library’s resources can offer all of this!

Studying a language has many benefits, such as improving overall memory and decision-making skills! 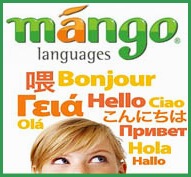 Our online language resource Mango Languages makes it easy to start a new language (or to brush up on the one you studied in high school but can’t remember anything except “Hello!  What color is your cousin’s notebook?”)

Mango provides instruction in over 70 languages.*  Learn to converse about real-life topics in small steps, while learning the cultural context needed to use a language properly.  Pronunciation technology helps you achieve a proper accent.   Mango also offers instruction for English language learners, with programs in 21 languages.  Try one of their foreign-language movies with special interactive content to help you learn grammar and culture while being entertained.  (And don’t forget the Library’s own extensive collection of foreign film DVDs!)

Another great online option is Rosetta Stone, which offers 30 languages. (Access is made possible by the New Jersey State Library).

Mobile apps are available for both programs, so you can learn where and when you want!

Enjoy your language-study journey!  And if you’re interested in some thoughtful -and sometimes humorous- real-life stories of adult language learners, check out these books:

“Do people have different personalities in different languages? Every exchange student and maker of New Year’s resolutions hopes that the answer is yes. More than any juice cleanse or lottery win or career switch, a foreign language adumbrates a vision of a parallel life…Could I, would I, become someone else if I spoke French?”

-Lauren Collins, from When in French.

*One of these is Pirate – so now you can be prepared for International Speak Like a Pirate Day!

Beat holiday stress – let the Library’s e-resources bring you help where and when you need it most!  Out shopping and need ideas? With your smartphone or tablet and your Scotch Plains library card number you can access our digital magazine service Flipster on-the-go. View cooking and lifestyle magazines for recipes and gift suggestions, or consult Consumer Reports latest Buying Guide for sound advice on a range of popular gifts.  Planning to make decorations or other crafts? Clearly display instructions from Craft Ideas on your computer or tablet!

You can listen while you make and bake! Choose a bestseller or a holiday classic from OneClickDigital’s selection of e-audiobooks,  or stream holiday music on Freegal.  And at the end of the busy day, wind down with selections from Freegal’s ‘Relaxation‘ albums.

Learn more about accessing our digital resources on Monday, December 16 at 10am – we’ll help you make the most of your particular device.  Please register for this workshop.  You can also schedule one-on-one help by calling the Reference department at 908-322-5007, x204.  We’re here to help to enjoy and make the most of the holiday season!

To mark the 75th anniversary of Pearl Harbor and United States involvement in WWII, we extend an  invitation to the entire community to attend a talk given by Paul E. Zigo, Director of the New Jersey-based World War II Era Studies Institute. A reception honoring veterans and active duty military members will follow.  Click here to register. 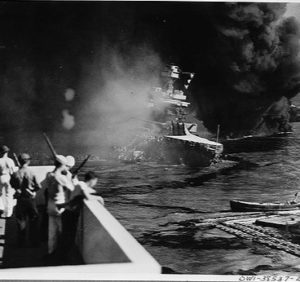 The Institute is dedicated to furthering knowledge about the WW II era and the war’s impact on history.  He is a graduate of Temple University and the United States Army War College. He authored and edited in 2009 Witnessing History: The Eisenhower Photographs, a publication featuring all the photographs of General Dwight D. Eisenhower taken by his personal wartime photographer, Al Meserlin, 1944-1945. Recently, Zigo authored and published the book The Longest Walk, the amazing story of the 29th Infantry Division in Normandy France, June 6 – July 18, 1944.  Zigo is also the executive producer and narrator of the cable network series Triumphant Spirit: America’s World War II Generation Speaks, a series that can be seen on cable television channels and YouTube.